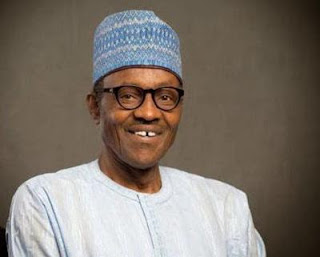 According to the statement released by Buhari's media aide Femi Adesina, the President is deeply saddened by the colossal calamity which occurred yesterday in the Saudi Arabia.
A couple of Nigerians which claimed the lives of Nigerian notable Journalist, Hajiya Bilkisu Yusuf, and Prof. Tijjani El-Miskin.

The President describes the incidence as a "monumental tragedy, not only for citizens of the countries involved, but for the global Islamic community."


The President describes the incidence as a "monumental tragedy, not only for citizens of the countries involved, but for the global Islamic community."


the rest of the statement reads:
"The President extends sincerest condolences to the families of the over 700 pilgrims who lost their lives in this latest disaster in the Holy Places which occurred less than two weeks after a crane collapse in Mecca claimed more than a hundred lives.

President Buhari commiserates with the Nigerian Guild of Editors and the Nigerian Union of Journalists on the sad loss of Hajiya Bilkisu, an exemplary, dedicated, knowledgeable, very credible, highly-respected, outstanding editor and columnist who, even in death, will remain a glittering role model for journalists, within and outside Nigeria.

The President has taken note of the assurance by the Government of Saudi Arabia that Thursday's catastrophe will be investigated and urges King Salman to ensure a comprehensive and thorough exercise that will identify any flaws in Hajj organisation with a view to avoiding a recurrence of such tragedies during the annual pilgrimage.

In the knowledge that it is not within our powers to question the will of God, President Buhari prays that Almighty Allah will comfort the families who lost their beloved ones in the stampede and receive the souls of all those who died in the Holy Land while fulfilling the religious obligation of the Hajj.
Garba Shehu
SSA to the President
(Media & Publicity)

- September 25, 2015
Email ThisBlogThis!Share to TwitterShare to FacebookShare to Pinterest