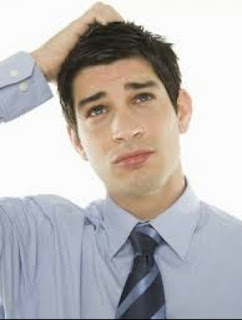 Not that I don’t love her, let’s just say its complicated and I love her more…not to get you confused, there are two ‘hers” in the picture. The her I love and the her I’m not so sure about.


My name is Demola, I’m a 32 year old guy from Ijebu ode. I have lived in Lagos all my life, until NYSC took me to Abuja three years ago…there I met Osas, a corper too and we became friends.

I told Osas about my girlfriend who was also a youth corper serving in Oyo state. Bimpe and I had been going steady for three years and we already talked about settling down together. Forget settling down, we love each other. In fact, we were always fighting on who loves who more…
In camp however, Osas was the one who made it worthwhile. She did almost everything for me. I lacked for nothing. She made sure I had it all. Then I suspected her father was one rich man like that. Her parents were wealthy.

A particular day in camp confirmed my suspicion that she came from a wealthy family. We had just collected our first allowance, and I was beaming from air to air, glad that finally, I had money when she called me. I hid my money but decided to buy a cup of ice cream for her.
She shocked me when she slipped her envelope to me. I checked it and the money she just got was there.

“you may have it” she said. I merely gaped  at her. “my friends made me queue” she smiled “but I don’t need it” she added.
I was dumbfounded.

When I told my friends about it, they thought I was lucky and they encouraged me to be with her, hammering it into my ears that God had sent a helper to me.
That was how we became a couple. After service, she helped me secure a job in her father's company and I was earning good money.

Bimpe was back in Lagos teaching in a secondary school. I loved her still and I always made time for her and even send money to her often.
Osas went abroad for her post graduate program and since she returned, she began to pester me about marriage. Her parents do not care about my background, they want what their only child wants.

Now I’m confused, Bimpe and I have been through so much together and I really do love her because she makes me happy. But somehow, my future is secured with Osas, not only do I have a good job now, I might end up running the company soon. If I marry her. Then I’d have a grand wedding which I’ve always wanted…but with Bimpe.
Marrying Bimpe might give me joy, but there’d be struggles financially, since I might have to leave Osas' employ if I do not marry her…the truth is I’m not so in love with Osas.

What do I do? I think I should pitch my tent with Osas…but my heart bleeds already for Bimpe who loves me more than her own life…
I bought a ring already and I intend to propose to Osas soon, to seal the deal. Do you think am a greedy jerk for wanting to go with the money? What would you do in my place?

- February 29, 2016
Email ThisBlogThis!Share to TwitterShare to FacebookShare to Pinterest