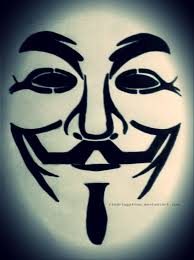 He stole a quick look at his watch again, then at his boss whose face was arranged in the usual inscrutable profile, he didn’t have to look at his colleague; he was sure that Ebere's eyes had never left his face.

He had been talking for only fifteen minutes according to his watch and he had nothing more to say. Let hell loose and let all the dark angels in hell come after him, he would see the end of Senator Willy's political career, small ant or not.
“That’s all” he said and looked into the boss' eyes
“Are you sure you don’t want to tell me more? You see, it is in your best interest to tell me more than these facts that are stated in this write up, facts only because you think them so…” he paused and coughed briefly before going on. John smiled, and was sure Ebere was smiling too. They were used to it.

The boss would start a lengthy remark, everyone would listen closely without saying a word, then the boss would stop, cough briefly, see if they were impatient for him to go on… Most times, they were, but not today, John needed to leave.
“Now, I’m saying you have only repeated what you have in this story. Let me remind you that as far as Senator Willy is concerned you are just an ant. He can crush you without moving his foot. Now I can help you…” he coughed again, looked up, saw no reaction then continued.
“If you decide you need my help, my office is opened. And you are fired.” He rose and left the newsroom.

John knew it was coming, knew the boss would not overlook the act of boycotting the paper, he had anticipated it, but for a moment there, he felt he had a chance.
“John, you caused this” Ebere's voice startled him, he had forgotten about him.
“Yes, I did. I have to pack my things”
***
The second story was an exposé. His best story so far. Anyone who had read all of his stories could attest that it was his best story in all his years as a Journalist. Every little evidence came into the article, Vivian's phone messages had been screen grabbed and also added to the story.

Every detail of Ella's relationship with Willy was known to Vivian who as fate would have it had not deleted the chat history.
The icing on the cake for John were two intimate pictures sent to him by Vivian, the only person apart from john who suspected foul play.

John gave the story to three blogs using the same pen name and the headline screamed!
He was in his room that morning, monitoring as the story went viral…his phone wouldn’t stop ringing. Ebere.
He was going to press the red button again when he noticed it was Vivian calling him.
“Viv, how are you?” he asked calmly
“John you didn’t include the pictures In the story, I thought that was the strength of that story…” she complained
“I know, but suspense is good. The next story will feature the pictures, if you read the story well, you’d notice I wrote that we have exclusive pictures waiting to be published. I want him to sweat…”

“Im beginning to get this uneasy feeling… I shouldn’t have involved myself. Senator knows me well, he could suspect me and that is scary.” John didn’t need to see her to confirm she was scared, her voice told him more than her words, he was scared too but he’d rather die than let it show.

“Viv, you'll be fine. If he wants to attack anyone, it would be True Blue the writer of the story. His Media team are already making a  mess of things an indication that they are jittery. Don’t worry, I’m on the next story, I’ll find a way to take his eyes and mind off you” however would he do that? But he had to put her mind at ease.
“Ok, be careful too” she begged and went off the line.

John went back to his laptop, went to the folder that had the two pictures, clicked on the first one and relaxed back into his chair. In the picture, Ella and Willy made funny faces at the camera obviously handled by Ella. They were in a bedroom, John wasn’t sure if that was Willy's home or a hotel room, but he was sure of other things. The sheets on the bed were white, the chest of the Senator was bare, the towel around Ella's body was white and she looked so beautiful with eyes full of unbelievable innocence … he closed his eyes.
***
“Ebere, have you heard from your dumb friend?”
Ebere knew the boss and was talking to him and talking about John but he pretended otherwise, staring blindly at the screen of his desktop computer.
“Ebere, have you called John?” he rasped knowing he heard him the first time.
“No sir, I haven’t”
“You should, to check if he is still alive. This story will be his death I tell you, have you read it? A masterpiece, a very brilliant work that will kill him… and that stunt about some pictures? Ah….that was like paying for his own coffin! Such a waste!”
***
He didn’t wait for a response, he left as he came leaving Ebere with his own thoughts. John…
“Hello”
“ Ebere, its me”
“John? How far?”
“Ebere there’s trouble…” his voice shook and his hand watered. He was going to be shock soon, he knew that. He had to tell somebody in case he went into shock sooner than expected.
“John talk to me…” Ebere's voice lured him back.
“Its Viv…Vivian, my source, she died” he stated not believing the words as they left his mouth.
“What! Are you sure? How?”
“Suicide. But of course that’s not true. I killed her, no, no, not literally. She was killed…she wouldn’t have done that. I talked to her this morning and she was scared. My actions killed her, the mentioned photos. Her phone was taken away I am sure”
“John, I’m not in this with you, but I’ve got goosebumps…”
John began to cry… it was like reading a Hadley Chase novel.