Matters Of The Heart With Labos: How Do I Tell My Sister She’s Dating A Monster? 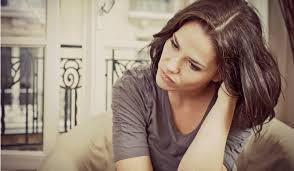 Ordinarily I would just have called her and plainly told her that her boyfriend was not who or what she thought he was, they’ve been together for six months but I have known Mike for six years! Still, the situation is so complicated and I really care for my sister's well being.

Mike and I were together in the University and he was quite popular, I knew him well in school, he belonged to the fraternity that disturbed our campus back then. In fact he was the chief troubler of our Israel. He was a notorious cultist, feared by students and lecturers. No one dared to look at him and he was Mike even then, they called him Angel Michael…an irony.

My encounter with Angel Michael back on campus is so fresh in memory and I can’t let go meaning I can not watch my only sister fall for such a heartless demon. My best friend Sarah had rushed into the hostel that fateful afternoon looking so scared, like she had seen a ghost on her way in.
She was so shaken that I had to let her catch her breadth before asking what was bothering her.

“Lara, I’m in trouble” she wailed, tears gathering in her eyes.
“What happened?” I asked her solemnly, not knowing what to expect.
“its Angel Michael, he sent someone to me, he wanted to see me, so I went to see him, and…my God, he said he likes me and wants to date me” she was trembling terribly and I felt for her, who wouldn’t tremble. Angel Michael?
“What did you tell him?” I asked knowing it was a stupid question.
She looked at me and shook her head sadly “I told him I was engaged but he merely laughed it off, he said he was the man for me, then he left after saying he’d get back to me in two days” she cried in exasperation
“Ah, “ was all I could say.
“I’m going back home” she told me
“ why?”
“Lara, I don’t  want to die. He’s going to kill me if I refuse him and I can’t accept him, you know I can’t”
“We'll pray about it.” I told her and I was scared too. I knew what he could do. We were in the same class and I had never had the courage to look him in the eye, yet he was painfully attractive. A handsome devil he was, hands dripping with blood. I feared for my best friend but I didn’t let it show.
Mike continued to disturb Sarah, so much that one day, she couldn’t take it anymore. She insulted him before his friends and threatened to call the police.

Two nights later, she was raped by Angel Michael and his gang, she killed herself.
Now, my younger sister is planning to marry him according to what she told me in confidence. I don’t know who or what he is now, but my instincts tell me Mike is still Angel Michael; cool, calm and collected like a snake.

How do I tell my sister that she is seeing a monster?
Do I just fold my arms and hope he is different, or do I tell her of every bit of his terrible acts back in school? I don’t know how far they’ve gone but I think my sister really likes him what would you do in my shoes? What if he remembers me too?

- March 11, 2016
Email ThisBlogThis!Share to TwitterShare to FacebookShare to Pinterest