Could Toyin Aimakhu's Alleged Insatiable Sexual Urge Be The Real Cause Of Her Troubles? 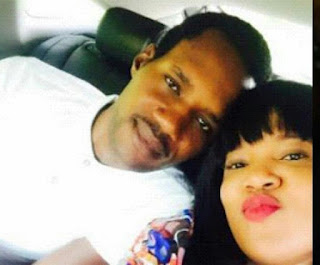 I wouldn't just know about her insatiable sexual urge, but according to new allegations by her embattled lover movie producer Seun Egbegbe, the actress has a sexual urge that cannot be met by most men.

He also alleged that he gave her the fame she thrives on today long before she met the man she married.
Who knows how true the allegations are as he also claimed he deflowered her, only to find out she is insatiable.
According to Seun Egbegbe, he had to take concoctions of different blends while with her.
He concluded by saying: "Please let her go away from my life forever..."
- April 07, 2016
Email ThisBlogThis!Share to TwitterShare to FacebookShare to Pinterest

Real men dont kiss and tell no matter what.