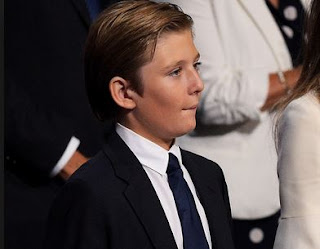 In case you missed it, there were wild speculations recently that the son of US President elect Donald Trump; young Baron Trump is autistic. The speculations began after a Youtube James Hunter posted a video insinuating that the 10 year old boy has autism.

The video and the following reaction did not sit well with wife of President elect Mrs Melania Trump who immediately threatened Hunter with a lawsuit for wrong information and for false statements.
The video was considered as a form of bully, even though it had the hashtag #stopthebullying... however, making false statements and speculation about a 10 year old is bully in itself. 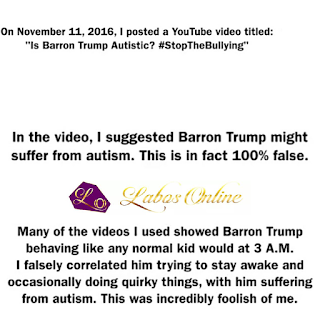 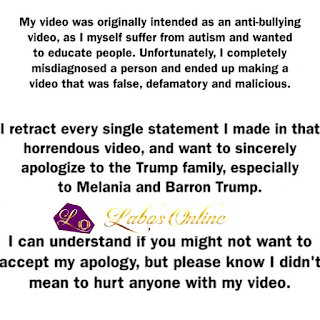 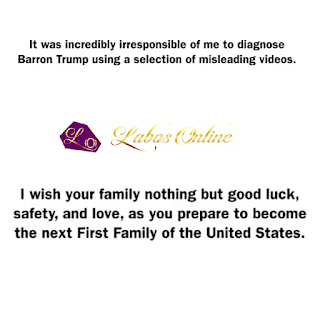 Meanwhile, one of Donald Trump's greatest antagonist Rosie O'Donnell shared the video link to her Twitter handle and tweeted "Baron Trump Autistic? if so, what an amazing opportunity to bring attention to the Autism epidemic" she wrote.
The video had over 3million views in 24hours. Although Melania has not sued , she has called for a retraction and an apology.
The Youtube user, James Hunter has since deleted the video and replaced it with an apology, stating that it was totally irresponsible of him to have made the statements. He claims also that he never meant it as bullying.
- November 29, 2016
Email ThisBlogThis!Share to TwitterShare to FacebookShare to Pinterest