Breast Cancer Is Not A Respecter Of Size: Cossy Orjiakor Replies Olunloyo 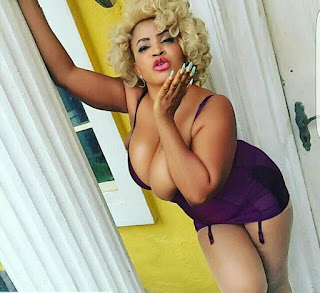 In her post, Olunloyo mentioned Eniola Badmus, Bimbo Thomas and Cossy Orjiakor. She also mentioned that they have a high risk of breast cancer.
The post went viral in no time as several Instagram blogs reposted the stories and shred it until it reached one of the mentioned ladies who did not find it funny in the least.
Cossy Orjiakor who is evidently the Chairlady of busty women in the entertainment industry called Olun loyo an educated but unenlightened woman. According to Cossy orjiakor, breast cancer is no respecter of boob size. She stated in her counter post that the cancert is caused by a fungi not the size of the breast.
- November 30, 2016
Email ThisBlogThis!Share to TwitterShare to FacebookShare to Pinterest