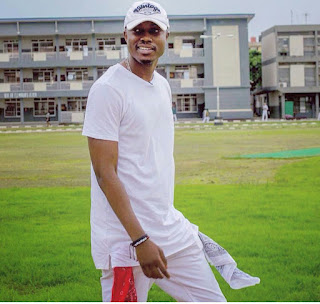 The internet is still buzzing with whispers, murmurs and screams in preparation for what the Federal government and the NCC want the nation to wake up to tomorrow December 1st.

Several voices have been raised, but one voice has screamed above all the other voice in a direct call on the federal government.

Rapper Vector tha Viper took to his Instagram page in what could be called an outburst of suppressed hurt and anger.
The rapper accosts the leaders for their negligent attitude towards the government and the people they vowed to govern.

According to Vector, internet is free in almost all other countries but here we have to pay and now they even want us to pay through our nose.
The singer further stated that the internet is the reason why many hustles pay, but if this unnecessary hike sets in, without doubt, Nigeria is in for a tough time.

He urges Nigeria to think...
- November 30, 2016
Email ThisBlogThis!Share to TwitterShare to FacebookShare to Pinterest