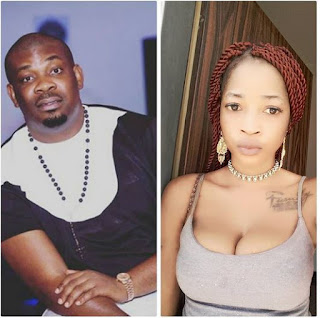 A young lady who is a single mother according to her profile on Instagram has confessed her love for Music producer Don jazzy in a funny afternoon post. According to the IG user whose name is Bisola shared a photo of herself pic mixed with the Mavin boss' with a very funny  but serious caption. 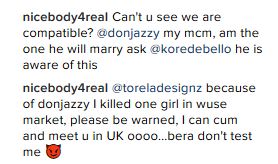 The lady refers to the Don Papa himself as her Man Crush but her feelings go beyond mere crushing, she says her feelings are real and she is the only girl compatible with the Dorro boss.
The highlight of her caption came when she said she doesn't joke with Don Jazzy and had even killed a girl in Wuse market who tried to snatch her man from her.
At this junction, we think it is a joke, but the height of these jokes scare us!
- November 21, 2016
Email ThisBlogThis!Share to TwitterShare to FacebookShare to Pinterest