Mercy Aigbe The Actress/Fashionista: If She Wishes To Drop One, Which Would You Advice? 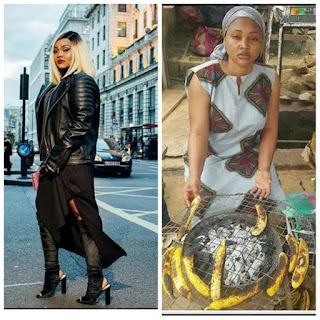 When you hear the name Mercy Aigbe, what comes to your mind; the actress, the business woman or the fashion diva? It wouldn’t come as a surprise, if more than these three things come to your mind. As a matter of fact, Mercy is all these and much more. She is also a wife and a mother not forgetting her role as a daughter and as a sister too.
However, the name became a household name through her dive into acting. Hence, we would like to focus more on the actress in Mercy and the fashionista that evolved from the actress.

The signature of Mercy is unarguably fashion, the actress who is also the CEO of a fashion outlet oozes class and style so much that she has become one of the most stylish actors in the industry. Many times she has been nominated for fashion awards and only few times did she come home without the plaque. That is how much style she has.

It came as a surprise when we gathered that the actress styles herself most of the time. For all the red carpet moments that had us gaping, she gave herself those looks.
The question now is; if you were to choose a career for Mercy Aigbe Gentry between fashion and action, which would it be?
Which Mercy do you love to see? The Mercy on your screen on the Mercy on Instagram?
If Mercy decides tomorrow to drop one and pursue the other, which would you advice her to pursue?
La’bos

- November 25, 2016
Email ThisBlogThis!Share to TwitterShare to FacebookShare to Pinterest