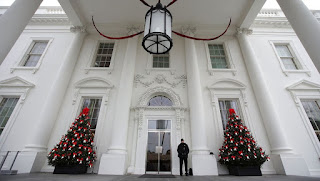 Wife of US President Barack Obama; Lady Michelle has put up Christmas decorations at the White House.
A towering tree is dominating the Blue Room trimmed beautifully with bells and ribbons. The library also has an education themed decoration.
Some of the tree ornaments have the word 'girl' written in different languages.
Even though the Obamas unveiled the decor officially on Tuesday, the media had shared pictures before now giving us a peek into the White House'2016 Xmas decorations. 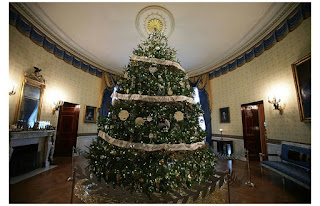 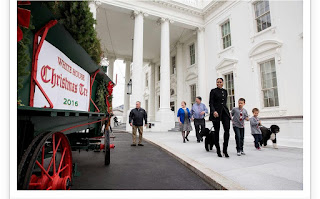 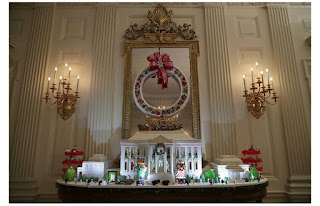 According to reports from the White House, 90% of the ornaments and decorations were reused from past xmas celebrations. only about 10% was new.
This is the last time the first lady would be decorating the white house as she would be relinquishing the role to Melania Trump, the in coming First Lady.


We can't help but ask ourselves if the current First lady had feelings of nostalgia as she put up the trees knowing it would be the last time in that capacity.

- November 29, 2016
Email ThisBlogThis!Share to TwitterShare to FacebookShare to Pinterest