There Will Be No Birthday Party This Year-Pasuma 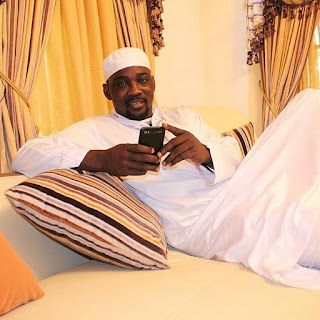 Who else notices that the month of November is the birth month of many stars? Celebrities ranging from Solid star, Davido, Don Jazzy and several others fall into this month of November. It would definitely be right to call this month the star month.
Ace Fuji musician Alhaji Wasiu Alabi known popularly as Pasuma is a year older today November 27th.
The versatile singer made this known on Instagram with a picture of himself and some words of deep appreciation to his fans home and abroad.
Alhaji Pasuma did not mince words as he attributed the great success in his career to his ever loyal fans who are the reason he is called 'Pasuma'.
In his words, Pasuma also gives God the glory for the great grace bestowed upon him.
However, the fuji star has disappointed some of his dedicated fans who are probably waiting for a party as he declared in his post that there will be no party this year. All hope is not lost though, he promised a lavish party for his 50th birthday next year.
Happy Birthday!
La'bos
- November 27, 2016
Email ThisBlogThis!Share to TwitterShare to FacebookShare to Pinterest