Things You Probably Did Not Know About Davido As He Clocks 24 Today! 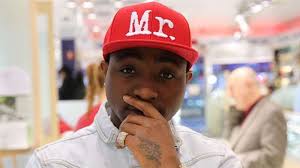 Nigeria’s superstar David Adeleke recognized worldwide as Davido is a year older today 21st of November; the billionaire son who was shot into greatness and fame years ago, with a little help and push from old money has had a lot going on for him since stardom took over his life.
O.B.O as he calls himself most times has achieved a lot in his 24 years of existence and today the young man can proudly beat his chest to call himself one of Nigeria’s finest entertainers.
Not only this, the artiste can also boast to be one of the richest and highest paid singers in the country.
Meanwhile let’s take a look at some of the highlights of the superstar’s quite eventful life in the last 24 years.

Proudly a father: Since fatherhood is the hallmark of entertainment in the Nigeria entertainment industry, it would be a minus if the singer fails in this department; Davido however is determined to be a winner in all he does. Not only is the singer a proud father like most of his popular counterparts, he can also boast to have a baby mama who is even older. This is a rave in the industry and the 24 years old singer can boldly beat his chest to be a trendsetter in this regard.

One of the richest entertainers in the industry: Forget the fact that the DMW boss is from money. His father is one of the billionaires Nigeria can be proud of but our darling Davido is not walking in the shadows of his old man as he is busy piling his own wealth in  currencies. Recently, Davido hinted via Snapchat that he is one of the richest in the industry. Well, he didn’t have to make much noise, all he said was that he earns a hundred thousand dollars a week! We even wondered if he played football on one side, he stated it wasn’t bad for a 23 year old lad. That amount per/annum keeps some folks really comfortable all year through. Not bad, not bad.

Feature in an international magazine: Davido’s FADER cover referred to him as the glory of Africa. Yes, Africa, not just Nigeria. Fader; an international magazine that celebrates recognized entertainers featured Davido earlier in the year making him one of the few Africans who have enjoyed the glory of been celebrated by the magazine. His extensive interview portrayed the husky voiced singer as one of the best things to come out of this end. We can’t help but share in the glory of the recognition, considering the fact that he is our own.

Davido has the highest number of followers on Instagram: We are aware that some international entertainers have 80million followers on their Instagram page, we really cannot be concerned about that. Our concern is the fact that our own Davido has been able to pull over 3million people to follow him on that network. It is amazing. Totally amazing that he has people who genuinely love him and his art. Over 3million people who want to be involved in every of his achievement as he shares them.

Believe it or not, ‘Davido’ that name, that brand will be around for a while on the lips of everyone and we are proud to call this hardworking young man our own! 24 hearty cheers to David Adeleke the father of Aurora Imade Adeleke!

- November 21, 2016
Email ThisBlogThis!Share to TwitterShare to FacebookShare to Pinterest