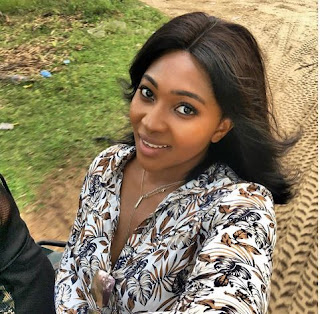 Actress Lilian Esoro and Music mogul husband Ubi Franklin have been going back and forth with innuendos for about three weeks since after their first year wedding anniversary.
The media went gaga with speculations that their marriage had hit troubled waters, surprisingly, neither of them denied these assumptions or speculations as we called them.

The mother of one has given us another reason to believe that it is true after all what the public has speculated. Her last post shows us what the nollywood actress has been going through these past week in the hands of family, friends and even we the strangers.
Thankfully however, she is not letting these things get to her...