Why We Think Flavour Is Expecting Another Baby...(Photos) 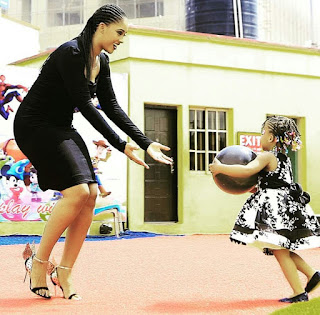 At first, it was merely speculation and rumors flying around all corners one of Flavour Nabania's Baby Mamas is reportedly carrying her second child. 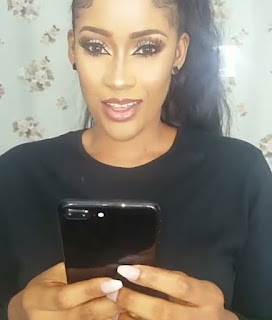 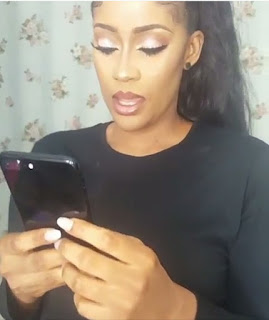 Flavour has two baby mamas and two daughters, but before now one of them; former MBGN queen Anna Banner has revealed that she has strapped her shoes, ready to move on with her life baby or no baby.
Sandra Okagbue ex Delta queen however whetted our appetites when she shared a photo of herself during a make up session. Her phone was held with both hands in a way that made her elbows shield her stomach. Despite the gesture, we caught a glimpse of a protrusion... a bump actually, but we could be wrong. Several others that noticed could be wrong too.
In case we are right, is Flavour expecting another baby or has Sandra also moved on with her life?
Motherhood or fatherhood is a priceless opportunity and gift... so if truly, a baby is on board, congrats to the mother and congrats to the father (whoever)
La'bos
- November 29, 2016
Email ThisBlogThis!Share to TwitterShare to FacebookShare to Pinterest