7 Reasons To Prove I Am Not Bobrisky's Bae - PM Speaks 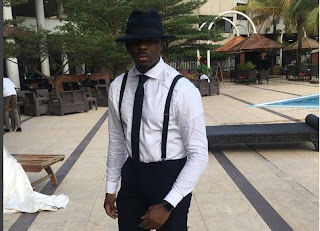 The internet went agog about a week ago when the news of Bobrisky's alleged bae went viral on the social media. Some online news platform swore they finally knew who Bobrisky's rumored bae was and fingers pointed at popular big boy and club owner 'Pretty Mike'.
Pictures of Bobrisky and with some displayed parts of 'bae' began to circulate online as the comparisons were made. The particular photo that fueled the rumor was a picture of Pretty Mike in a bathtub where he mentioned that he had Bobrisky's birthday on his mind.

In his explanation, Pretty Mike has however denied these allegations saying he used to be a 'serial womanizer' and there is no way he would be Bobrisky's alleged bae.
Below are the seven reasons he highlighted:


1. Everyone tht knws me knew I use to be a serial womaniser n a reckless spender.D list of ladies I have dated/had flings with is endless.I am a ladies Man especially to those girls dating guys tht r materialistic n loves money,dey sneak behind their Bfs to come hang wth me n my friends,I won't mention names but feel free to google D name "Pretty Mike"..We invented d word "Body Count "..it's not like I am proud of my Past,But when @TokeMakinwa wrote tht book "On Becoming".. that her Bf Maje dey Learn 4 where I dey.....but den again "Romans 3:23 we have all Sinned and fallen short of his Glory"

2. Everyone tht knows me know I'm very humble n joke a lot wth everyone (Read my captions) n I don't discriminate.C'mon I'm in d nite club business n it's part of my job to make friends n mingle.I never judge people n D fact tht lots of peeps have a problem wth @bobrisky222 sexuality doesn't mean I should too.He's a human being n God created him so who r we to judge God's creation? so he invited me 4 his b/day prty n I graced his occasion as I would hve done 4 any Friend.

3. Check d interior of d car in d pic circulating online n compare it to d interior of my car n U"ll notice it's not d same.Besides friends who were wth me on d day d snap ws recorded would testify I wasn't wearing a blue jeans on tht day.

4. My club is currently under a MakeOver 4 a while now so where could I possibly be getting all dose cash she has been flashing since d beginning of d year?Btw, people don't spend new naira notes at d club,so except I own a mint producing company (which I don't),I wouldn't hve access to New notes daily.

5. How could y'll (especially all u amateur blogs)post such a story just cause some idiot said it? I expect y'all to make ur findings n support it wth concrete evidence instead of rushing to post such a senseless story.This is why I still feel @Instablog9ja is d best,dey don't post ridiculous stories without proof,and I read sme of d comments,especially d ladies looking at my picture n saying "what a waste of fine boy" well u were all right, I'm a waste, my Cassava has retired cause I'm in a serious relationship now.

- December 06, 2016
Email ThisBlogThis!Share to TwitterShare to FacebookShare to Pinterest