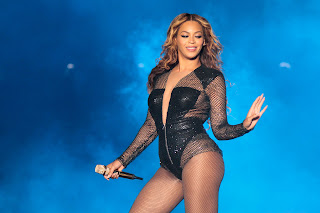 If you ever doubted that Beyonce is the Queen of Pop music in the world, the Grammy's has just made your decision for you by crowning the Pop star with nine different nominations for the 2017 Grammy awards!
When Queen Bee as she is universally called released her album controversy, it was accepted amidst many controversies.

It was even speculated that the singer's marriage to Jay Z had finally met with its waterloo, little did we know that the Queen was getting ready for some new crowns with this one.
Beyonce was nominated nine times in nine categories this year.
Her nominations are:
Record of the year
Album of the year
Song of the year
Best pop solo performance
Best Rock performance
Best Music film
Best music video
Best urban contemporary album
Best Rap/Sung performance
Beyonce indeed makes her place known with these nine nominations. Other nominees in some of her categories are Rihanna and Adele. Adele also noticeably had a good year with the 25 album as she also gulped 5 nominations.
The 2017 Grammy's is slated to hold on Sunday February 12 2017.
- December 06, 2016
Email ThisBlogThis!Share to TwitterShare to FacebookShare to Pinterest