Dangote's Aide's Body Dumped After Being Kidnapped For Weeks 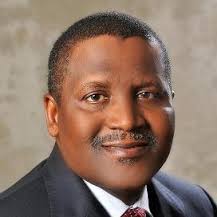 Mr. Istifanus Bello Gurama a senior strategist with the Dangote Industries Limited met with his untimely end in the hands of kidnappers after being kidnapped for three weeks.
According to reports, Gurama's carcass was found in the gutter after someone tipped a member of his family on where to find his body.

Mr. Gurama was said to have been in charge of negotiating with kidnappers for the release of kidnapped expatriates, he was also in charge of paying ransom and having the expatriates released.
The day he was kidnapped, he was reportedly on another mission on behalf of Dangote to pay ransom for an expatriate's release, unfortunately for him, he was nabbed and detained.
According to close sources, the kidnappers most likely thought that Dangote would be ready to part with any amount of money for the release of one of his most important workers. After three weeks in captivity however, Gurama was murdered; leaving behind his wife of 20 years and children.