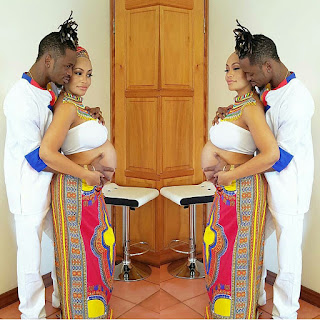 Earlier today, Tanzanian singer Diamond Platinumz checked his wife into a South African hospital in preparation for the birth of their second child. 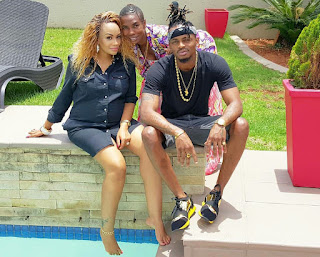 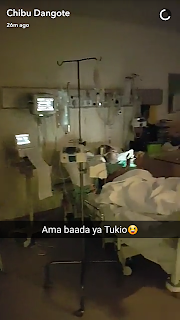 The singer whose fiancee went into labor earlier today is expecting her fifth child, two out of which ate Diamond Platinumz's.
Diamond recorded his journey to the hospital on Snapchat and shared the information with his fans and followers even till the moment his fiancee Zarith was wheeled into the theater.
Several hours later, Diamond shared a video of Zarith on her bed using her phone while they wait for the arrival of their son.
Hours later still, nerves are rising as fans all over the world await the announcement. Diamond however calmed our nerves and his with a couple of photos taken earlier today before labor commenced.
We wish them a safe delivery.

- December 05, 2016
Email ThisBlogThis!Share to TwitterShare to FacebookShare to Pinterest