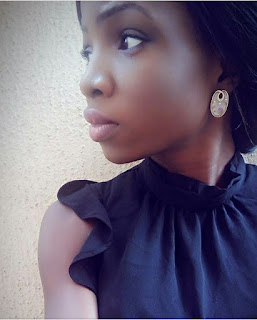 We all have stories to tell; some sweet, some bitter, others bittersweet. Many of us do not have the resources to put a book together, but really, we could if we tried.

These stories will come randomly, not in the order in which they happened. If you appear in my story either as a victim or villain, be rest assured there's an alias for you already. Names will not be mentioned.
Let's do this.

The alarm woke me up as usual at 6am. For a moment I was blank, I had that feeling that something serious was happening, not work.

Then it came to me, it was my birthday. I was a year older. The dark cloud that settled on me could be physically touched. In that moment I became weak with emotions. I was sad. Immediately, I sent a message that I would not be coming to the office.
Automatically, I grabbed my phone, I was too overwhelmed with emotions that I could not find the strength to pray. I went to my music file and after scrolling a couple of times I decided on Tope Alabi's track. "Nigba ti moroo" a track from her album Angeli Mi.

I closed my eyes and laid back on the bed as the lyrics of the song flowed through me.
I began to sob quietly...my tears struggled out of my shut eyes and streamed out of the corners of my eyes.

I didn't stop singing, I sang and I cried. It had been a tough year for me.
I had lost someone very dear in a quite hard way. For eighteen months I had been waiting, but at that moment I knew I had to move on.

The fear of moving on terrified me.

Asides my love life, I felt empty in many other areas, my job for instance was not giving me joy.

A new year was only a reminder that I was old and I had failed.
The music was on repeat...I didn't stop singing even as my phone beeped intermittently notifying me of messages.

They were wishing me a happy birthday, but I was having just the opposite.

***
Nothing was able to lift my spirit all morning, not my mom's prayers or the several messages I received.

Then I got a call from someone who invited me over to spend my birthday.
Nothing to loose... I got up, dressed up and went.
Well, my mood was temporarily lifted as I delved into cakes and fruits and creams and more...

That was my first attempt at freeing myself from the bond of heartache.
An impulsive date.

This day keeps echoing, especially when I hear the lyrics of that song by Tope Alabi!

- December 02, 2016
Email ThisBlogThis!Share to TwitterShare to FacebookShare to Pinterest