I Lboured For APC, I Will Not Abandon It Now- Tinubu 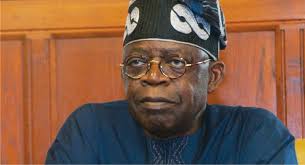 One of the founding fathers of the ruling party, APC; Chief Bola Ahmed Tinubu has voiced his opinion on the current situation of the country.
In a post shared publicly on Facebook, the Jagaban stated that mistakes and errors are bound to happen when policies are about to be put in place.

"In our journey to national betterment, plans and policies will be made then amended. Mistakes will be made then corrected..."
Tinubu asserted that mistakes are being made and he is not blind to these things as his heart cries out for the masses in this difficult time.
He stated that the APC is here to fix the nation and no individual desire is greater than the vision of the party.
He concluded that: "This is a party I labored with others to build, we would not abandon it for another..." he said.
- December 05, 2016
Email ThisBlogThis!Share to TwitterShare to FacebookShare to Pinterest