If You Do Not Co-oprate With Us, Blood Will Flow - Robbers Write To Yaba Residents 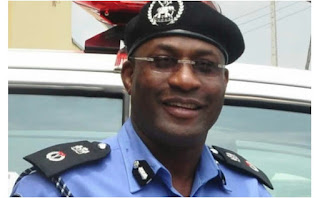 Even in this subdued period of recession, some parts of Lagos have been thrown into a state of fear and apprehension by suspected armed robbers.

The Lagos state police command has been notified of a written document sent to some residents in Lagos by suspected armed robbers, informing the innocent residents of the plan to visit them in preparation for Christmas.

The letter was written to the residents of Joseph Harrison Estate in the Yaba area of Lagos State telling them prepare to pay them for Christmas on a date not mentioned.

It was gathered that the letter was placed on the vehicle of one of the residents and was discovered when he was about to wash his car.

“We are coming this week to collect our dues and to visit tenants and landlords of Joseph Harrison Street. If you like, go and bring police or soldiers; we are coming to perform our duties.

"We do not plan to harm anybody, but if you fail to co-operate with us, blood will flow" the letter reportedly threatened.

The Lagos state police command is investigating the case after assuring the innocent residents to maintain calm.
- December 08, 2016
Email ThisBlogThis!Share to TwitterShare to FacebookShare to Pinterest