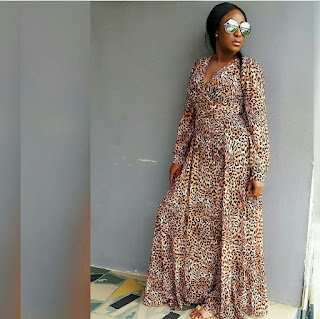 Nollywood actress INI Edo has just revealed that death missed her by whiskers as she would have been in church worshipping with many others when the deadly incident that claimed many lives in Akwa Ibom occurred.

According to Ini in the emotional post, she was not just disappointed but angry too when her flight schedule was canceled unceremoniously a couple of days ago.
She had planned to be in Akwa Ibom so she would not miss the service, so determinedly, she took another flight to Calabar and proceeded to Uyo in a journey that takes only about an hour normally.

As a fate and God would have it however, the journey of an hour didn't end in seven hours. She was sitting in the car, trying to decipher why the devil was thwarting all her efforts to be in church when she had the news of the collapse and deaths.

Alas, it was not the devil, but God who had a thwarted her. She emphasized with the families of the deceased and confirmed that again, God had saved her.
- December 11, 2016
Email ThisBlogThis!Share to TwitterShare to FacebookShare to Pinterest