Lovers Of POWER Movie, 50 Cent Has Some News For Us! 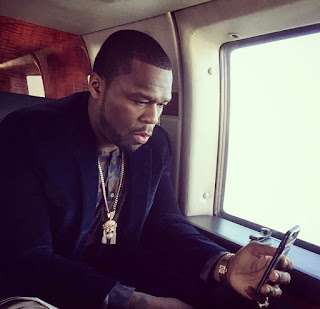 Hollywood actor and ace rapper 50 cent has broken a news to us regarding popular series Power where he played the role of Kanan, a popular Drug Lord.

In an Instagram post/rant, 50 cent disses The Golden Globe Awards for not getting a nomination.

According to him, Power is a highly rated movie with a large audience across the world.
The rapper is definitely not going to sit around and wait for nominations. He has other things to attend to.

To put an end to the 'shit' 50 cent has confirmed that Kanan, his character must die in season Four! Meaning that he quits the series.
That's sad. We will definitely miss Kanan.
- December 12, 2016
Email ThisBlogThis!Share to TwitterShare to FacebookShare to Pinterest