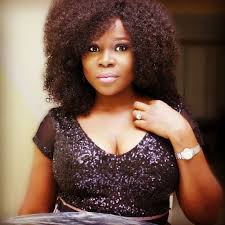 If you think Omawunmi Magbele is a very good singer and that is the only thing she does well, you probably do not know this woman well!


Not only is this mother of two a wife, she is a mother and a very good vocalist as we all know; what most do not know however is that this talented diva acts as brilliantly as she sings.

Fortunately, I ran into a movie by Ghanaian actress and producer Yvonne Nelson, a movie titled HOUSE OF GOLD and I couldn't help but marvel at the acting skills of singer Omawunmi in the movie.

Omawunmi who had acted briefly in Funke Akindele's second part of Jenifa. This comedy series however did not depict Omawunmi's skills until we later encountered her in Hose Of Gold!

In this movie, Omawunmi was a seasoned career lady. We saw the Omawunmi we never knew existed.
Somehow, we always knew there was a playful attitude behind the strong girl facade, she brought everything to light acting alongside Majid Michel, Yvonne Nelson and many others.

Movie producers should please exploit this talent called Omawunmi, we really want to see that talent put to work more...
La'bos
- December 10, 2016
Email ThisBlogThis!Share to TwitterShare to FacebookShare to Pinterest