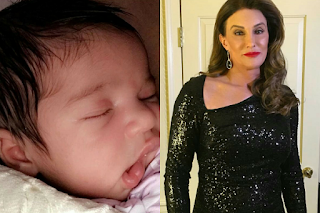 Despite the hope that the birth of Dream Renee Kardashian would bring the Kardashian- Jenner clan together, drama seems to have a way of finding these ones.


Sources reveal that Caitlyn is so eager to meet Dream but the boy he raised since he was just a little boy of four(Rob) will not let this happen.
It is apparent that Rob doesn't consider Caitlyn as family anymore since he can no longer be the father he looked up to most of his life.
Caitlyn according to more reports is devastated by this, for she was indeed looking forward to meeting Rob and Chyna's baby.
- December 08, 2016
Email ThisBlogThis!Share to TwitterShare to FacebookShare to Pinterest