Three Movies That Prove Nollywood Is A Successful Industry. 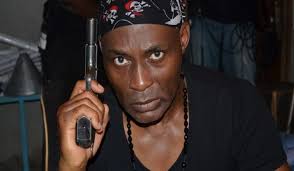 While many have ascribed success in Nollywood to the financial status of actors and actresses in the industry, it is still important to take into cognizance what comes out of this very successful and old industry.

Nollywood is one of the most successful industries in the country and also the fastest growing.
Surprisingly however, majority of Nigerians have no faith or trust in Nollywood.

They would rather settle for a foreign film than sit to watch a Nollywood movie. According to these set of people, nothing good can come out of Nazareth: now this is our way of saying to them; "come and see"!

Some Nollywood producers are doing more than just movies, they are doing great movies. Movies with Hollywood standard; well, almost.

In considering a good movie, three things to put into focus are:
1. The story
2. The delivery
3. The picture

Most times a producer achieves one only to fail in the other areas. There are countless movies with great picture quality while the story is basically meaningless. So also there are good stories but not well delivered.

These three movies have gone through the fire and have become gold:

Oloibiri: Movie written by Samantha Iwowo and Directed by Curtis Graham, shot in Nigeria with a sociopolitical theme. 2016

Ojukokoro: A movie produced by a new thespian Dare Olaitan and directed by Dare Olaitan: A movie about greed.

Unforgivable: Movie produced by Dayo Amusa, Directed by Desmond Elliot in 2013.
This movie revolves around love, deceit and domestic violence.

While we won't review the movies, we can boldly say that these movies will go through any test and come out brighter.
They are well researched movies with great plots and excellently played out.

These are movies that are worth the time spent watching and of course the ticket fee.

For all those who have no trust at all in Nollywood, who still think that this Nazareth has nothing to offer, take my word for it, come and see!!!

La'bos
- December 02, 2016
Email ThisBlogThis!Share to TwitterShare to FacebookShare to Pinterest