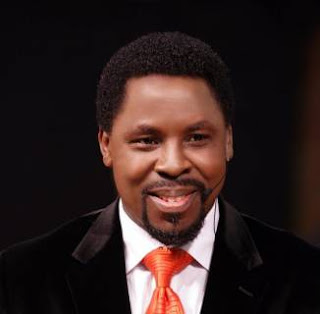 Saturday was indeed a disastrous day for Christians as two different churches in different states were hit with tragedies on that day in the course of worship.
Synagogue church of all Nations lost no fewer than three worshippers at the Ikotun church, Lagos State while trying to encounter TB Joshua's touch.
These worshippers were confirmed dead after a stampede on the church’s premises on Saturday.

According to reports, the victims were part of a crowd that struggled to see the church’s General Overseer, Prophet Temitope Joshua, during a special healing service.
An eyewitness confirmed that the stampede occurred around 4.30am.

He said, “It was the church’s annual deliverance and healing program. Usually at this time, the church becomes a beehive of activities as people come in their thousands to see the prophet for miracles.
“People lodge in different hotels surrounding the church. And they all arrive at the church very early.

“There is a canopy on the premises where worshippers are screened before they see the man of God.

“However, on Saturday, after being screened, the crowd was much, and they started struggling through the doorway to see the prophet. In the process, three people collapsed. They were rushed to the Isolo General Hospital, where they were confirmed dead.”

Another source said the two victims were identified through their phones, adding that the third victim did not have any means of identification.

“Their families were immediately contacted, and they identified them. The police from the Ikotun division were also contacted,” he added.

A police source said the corpses were taken in an ambulance, adding that the Ikotun Divisional Crime Officer and the Area Commander, Area M, accompanied them to the mortuary.
- December 12, 2016
Email ThisBlogThis!Share to TwitterShare to FacebookShare to Pinterest