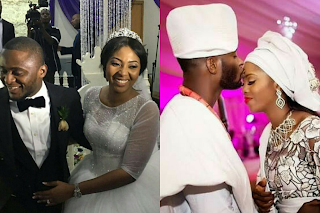 It was with great surprise that many received first the news of Ubi Franklin and Lilian Esoro's reconciliation, then in quick succession, Tiwa and Teebillz's news followed.
Not that Nigerians are agents of separation, but the extent of the damage caused on social media especially by Tiwa and Teebillz dashed our hopes of a possible reconciliation.
However, not only have we seen love in action, we have also been proved wrong that anything is indeed possible.
The story of Tiwa and Teebillz's break up made headlines for days after the married couple bashed each other in ways we never imagined possible.
Accusations flew, tears rolled and damning fingers were pointed. We said to ourselves "poor Jamil, there is no hope for these ones".
In Lilian and Ubi's case, it was a silent war, only blown to popularity on the couple's anniversary. Jabs followed with each social media post, no tears, at least none for the waiting public, yet we knew there was trouble in this paradise.
Without wasting time, Ubi and Franklin added their names to the list of failed celebrity marriages with no hope.
Little did we know that even the most impossible to us was salvageable.
According to reports, these couples are working on their relationships.
Well, we can't say if its for their own sakes, their children's sakes or for the sake of the public.
What we can say is that: we have been proved wrong. If Tiwa and Teebillz can get back together, does that mean there is hope for Toke and Maje?
That would just complete the circle...
La'bos

- December 09, 2016
Email ThisBlogThis!Share to TwitterShare to FacebookShare to Pinterest