Top 7 Nigerian Celebrity Guy That Ladies Should Flee From... 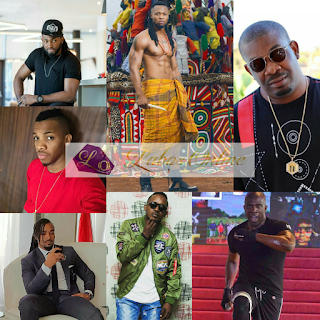 They are rich, they are good looking, they are talented and they are famous too. They have more female fans than male fans. Their female fans have come 0ut severally to profess love to many of them. Ladies would kill to have them in their lives.

All seven of them are eligible and unmarried, they have hidden so well from marriage that bachelorhood has become their middle name. In no particular order, let's look at these 7 'undatable' Nigerian celebrity.

That's it. A word is enough for the wise.
La'bos!

- December 01, 2016
Email ThisBlogThis!Share to TwitterShare to FacebookShare to Pinterest