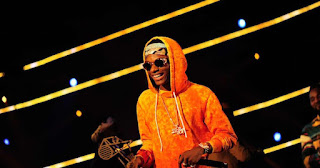 Nigerian singer Wizkid is really having a good year as far as recognition is concerned. The talented Star Boy has just added a feather to his cap as he gets recognized and nominated by the most prestigious music awards in the world.


The pop star makes the list for his contribution to Drake’s 2016 “Views” album. Wizkid contributed prominently on the lead single, ‘One Dance’, where he is nominated as a guest artiste, and also as a producer.
The Grammy Award has nominated Drake's album in the Album of the Year category.
Album of the Year is the most prestigious award category at the Grammys having been presented since 1959.
- December 06, 2016
Email ThisBlogThis!Share to TwitterShare to FacebookShare to Pinterest