Young Lady Dies After Boyfriend Strangle Her In A Fight 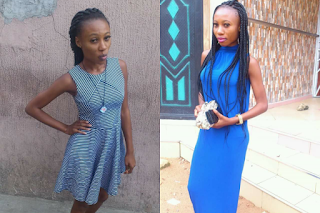 A young lady has reportedly died at her boyfriend's place after he allegedly strangled her in a fight over the night.


According to the Facebook user who shared the news, Okhinero the young lady who died in the scuffle had gone to visit her boyfriend but the next morning her dead body was found.

The reports also revealed that the boyfriend had already fled when Okhinero's body was found. The Police were however able to follow his trail and arrest him.
In his confession, the suspect said he hadn't meant to kill his girlfriend but had mistakenly held her throat and she died not that he deliberately strangled her.
The Police are still investigating the case as the suspect has been reprimanded in prison.
- December 05, 2016
Email ThisBlogThis!Share to TwitterShare to FacebookShare to Pinterest