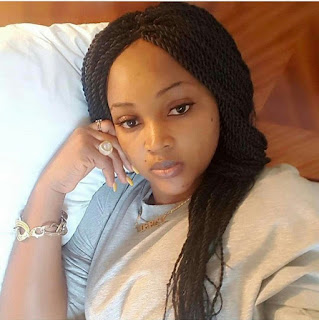 Nollywood actress Mercy Aigbe is presently in the hot seat as fans have reacted angrily to her unnecessary drama with a certain fashion designer.
While Mercy was trying without success to remain calm and cool through the messy drama, she posted a photo of herself in the controversial outfit with emojis of hysterical laughter.
Some fans cheered her on, telling her they loved her no matter what and that the designer only wanted a cheap publicity.
Well,  this did not go down well with majority of her followers as they condemned the action.
According to several commenters, it would not have cost the actress anything to acknowledge the designer. Considering also that the designer had proof that the actress knew her and had even contacted her via DM on Instagram.
Many fans felt it was wrong of Mercy to pretend otherwise as she is a role model to many.
Meanwhile, Mercy also slipped into the comment section to say that the fashion designer was cooking up her stories and trying to blackmail her.
Can we hear the last of this already?
La'bos

- January 20, 2017
Email ThisBlogThis!Share to TwitterShare to FacebookShare to Pinterest