Blows And STDs, The Latest Trend In Celebrity Marriages! 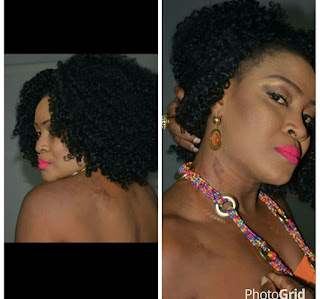 It is no longer news that only few celebrity marriages can be banked upon as far as marital bliss is concerned.
Even with the few supposed 'perfect' marriages, we have heard whispers that not all that glitters is gold.

What is however perturbing and totally disturbing is the rate at which domestic violence bears the brunt for most of these crashes.

Supposedly cool unions crash, only for us to hear that the marriage during its short existence was marked with punches and blows.

More flabbergasting is the revelations of my husband gave me Sexually Transmitted Diseases!
Wait, when did STDs become the Vogue thing for surprisingly, not one, not two celebrity wives have cried out that their estranged husbands blessed them with STDs.

While we were still trying to get over Tonto Dikeh's crisis and the shocking revelations that came with it, Muma Gee has assaulted our views with a body that has been pummeled by blows!

We were wrong.
Punches and STDs, can you stop breaking our homes please?

- February 28, 2017
Email ThisBlogThis!Share to TwitterShare to FacebookShare to Pinterest

This is same all over the world. Most celebrity marriages are like candles in the wind. God help us cos i am a celeb myself...lol