Echoes From The Past: 40 Days Of Slavery In A Strange Land... 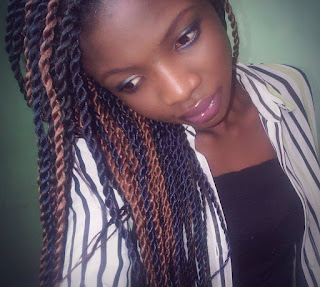 My baby was six months and help had somehow ceased. I needed to fend for myself and my baby. No child deserved to suffer from the sins of his or her parents.
I began to search seriously for a job, any job, my Uni certificate forgotten. I told everyone I came across how badly I needed a job, before they asked me what I wanted, I'd quickly add the clause
'any job'...in case they saw me as one tush, educated somebody. 😀

The search was difficult I tell you, sometimes, I'd pick my child, strap the bundle of delight to my back and begin to walk the streets of an unknown town looking out for vacancies.

I remember a day, I saw a post outside a pharmacy and with my heart in my mouth like I was facing an interview panel at Chevron, I walked into the store and asked to speak with the manager...my baby sleeping peacefully in my arms.

The manager turned out to be a nice old man, very nice in fact, and reasonable too. He asked me where I planned to put my baby, and I fastened my gaze on one free end of the shop, without saying the words, I told him my baby could sleep in that corner.

He smiled and nodded, apparently he understood my unsaid words. He  agreed to employ me,  told me I'd earn 6k. 72,000 per annul.

I sighed and told him I would begin the next day. I didn't. I decided it would be stupid of me to accept a job of 6k when 3k would go for transporting myself to and from the office... And I still have to eat!

I continued the search until one day...

"Bose do you still need a job?" the speaker was a man I had bothered for weeks. He called me out of the blues one day to ask if I still needed one.
"Yes, yes" I screamed into the receiver and listened as he informed me of a friend's hotel that needed a staff. I was overwhelmed with joy and told him I was interested.

He promised to pick me up the next day to see the hotel. I couldn't sleep that night.
***

Did I tell you I was in a city that isn't Lagos? No? My bad, I was far away from Lagos in a big town somewhere in the south west.
He came the next day as promised and I was ready,  he sent for me and quickly,  I picked my bag and baby, locked my door and dashed out.

They were waiting for me... The man and another man.
"Bose how are you? " he greeted me and introduced the other man to me.

"This is my friend Mr. Coker, the owner of the hotel I told you about " I smiled an engaging smile and greeted Mr. Coker who was smiling and patting my baby's cheek.

"Are you ready?" My benefactor asked and I nodded walking towards the car,  he looked at me and nodded towards my child...
"Lo gbomo folomo now... " (Go and give the baby to its mother)

I didn't smile, I looked at him and told him I was it's mother. The change was dramatic... First confusion, then surprise, a little bit of anger showed but was quickly replaced with dilemma.

He looked at Mr. Coker, then at me.
"I didn't know you had a child, I'm sorry you can't work there with a child."

I smiled,  adjusted my child who had woken up and in support of the man's claim began to wail. I patted the little one as I thanked them and  walked away.

I was already back in my room, feeding my child and sobbing quietly when a little boy came into my room to inform me the men were calling me.

I wiped my face and went to see them, again.
It was Mr. Coker who addressed me this time.
"I think we should give it a trial. I know you wouldn't want to cause your child any discomfort, so you should be able to judge if you can cope. The hotel has enough space, and there are people who would help with your child when you need to work. "

I was staring at him and thinking of Angel Michael, God had sent a helper to me. I thanked him and told him I'd give it a trial.
He was my angel sent from heaven!

The next 40days happened in a blur...

- February 10, 2017
Email ThisBlogThis!Share to TwitterShare to FacebookShare to Pinterest

You and suspence hehnnn. Oya ooo.