Echoes From The Past: The Most Embarrassing Thing That Happened To Me. 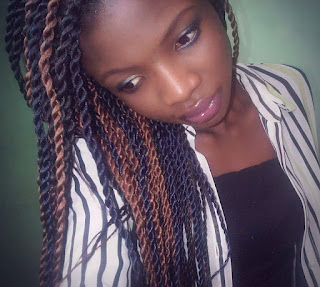 Just because it's Friday let's do a flash back to the most embarrassing day of my life... Thinking about it now makes me smile but I still close my eyes as I think of it.


It was a cool afternoon years ago, I was walking sharply to the bank to get some money. Believe me, sometimes, I walk like a soldier who is on duty.
On this day, I was walking extra smartly, forget that I was seven months pregnant and about to pop.

A man suddenly walked up to me and with a smiling face asked me if I was a Soldier.  I smiled back because he was cute and told him I wasn't.
"You walk like one" he told me and I slowed down. Together we walked to the bank, which wasn't his destination but he walked with me all the same.

"My name is Sunkanmi" he told me after I had used the ATM. I briefly wondered if he hadn't noticed my bulging Tommy, so I pushed out as far as I could, boya, maybe he would see o and sharply recoil and apologize.
"what's your name? " he asked.
"Bose" I told him as I realized I would burst and probably have the baby on the street if I pushed out more.

We became friends o. He called me often and texted me daily. He told me he was a medical doctor but somehow he he didn't look like one. He was sha fine.

Fast forward to six weeks later... I was in the labour room, after eleven hours of hard labour, I was already making heavenly jokes and making the nurses cry and laugh.

Just then this tall apparition came in, all dressed in white, Shebi I was half way to heaven before...I smiled, an angel had come to usher me home.

I stopped trying. Just relaxed and watched. But the angel's next move shocked me and opened my eyes to reality.
He grabbed my relaxed legs and peeped into the erm... Birth canal... Pried with his gloves hands as he tried to get me ready tipatipa and I was jolted to reality.

Then he came to me and examined my eyes... My eyes...
Thank God... He didn't recognize me! Sunkanmi.
All these women that use to say, nothing matters when you're in labour, please me I noticed o...

He gestured to a nurse as he was stepping out...
"Kiloruko lady yen? " I heard him ask
"Sister Bose" the aproko nurse supplied.
"Eeya" he said and left...

Kai!
He came toy ward after I put to bed and told me stories of how lazy I was... I smartly avoided his eyes all through, and also smartly stopped picking his calls after then.

La'bos
- February 24, 2017
Email ThisBlogThis!Share to TwitterShare to FacebookShare to Pinterest