Good Friends Stick Together : Sound Sultan Stands By Tuface Through It All. 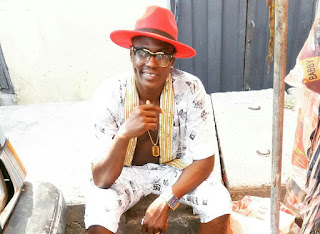 While many have openly condemned, criticized or blamed Tuface in the last couple of days, singer Sound Sultan has a remained a friend in need and deed, sticking by Tuface his long time colleague and friend.


In an exclusive interview, the Naija Ninja boss said it is wrong for people to sit in their homes and criticize the efforts of those struggling to do things for them.
According to Sultan, it is our responsibility as citizens to address the issue which was the effort made by Tuface. He commented that it saddens one when such efforts are trampled upon and rendered useless.
The singer who wasn't a part of the protest mentioned that while he also loves to mention and address the issues, he prefers doing it behind a mask which he has done several times with his music.
- February 07, 2017
Email ThisBlogThis!Share to TwitterShare to FacebookShare to Pinterest