Humble Smith Releases Humble Photos Ahead Of His International Tour. 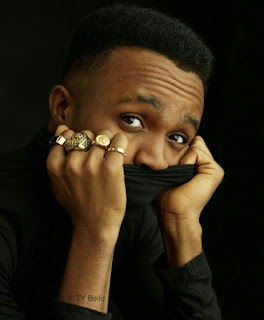 Singer Humble Smith is presently in high spirits as plans for his international tour is almost at the finishing stage.


The Osinachi crooner who was shot into limelight after his single 'Osinachi' received great recognition and applause from all lovers of music is set to tour the continent very soon.
In preparation for the international tour, the singer visited popular celebrity photographer TY Bello for that touch that only she could give as far as photography is concerned.
The photographer did not disappoint, she released some of the images and we see the singer in a new light, quite different from the Humble Smith we are used to but humble all the same.
According to TY Bello, in achieving the effect of the images, she put the singer's name into use... Thinking of humility and Smith, the result gave her an African Prince as portrayed in the old movie 'Coming to  America'
If you saw that movie, then you should recognize the Humble Smith presented to US by TY Bello.
La'bos

- February 09, 2017
Email ThisBlogThis!Share to TwitterShare to FacebookShare to Pinterest