Matters of the heart with La'bos: My ex has invited me to his wedding, can I go? I'm not over him! 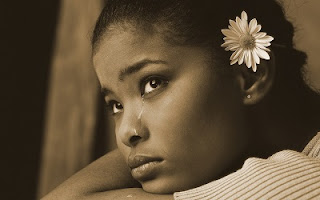 It's happening in a week, and I have spent a great time thinking about this in the past one month since I got the 'special' invite to my ex' wedding.


Quadri and I dated happily for five years. We were the perfect couple. We met long before we started dating so officially we have known each other for eight years.

We went to the same university but studied different courses.
Our relationship was smooth but there was one dark cloud; our religious beliefs.

Quadri and I had different beliefs, I am a Christian and he, a Muslim. As much as it would not really gave mattered to me, it mattered clearly to my clergy parents who named me Esther!

For five years,  I held on to the belief that things would work out but it didn't.
My parents did not agree. The day I introduced Quadri to them was the saddest day of my life. They rejected him without saying the words.

He mentioned his name to them and my mother asked "oh, you are a convert?" Quadri replied that he wasn't a convert and my mom just left the living room, my dad stayed but said nothing.

Things went haywire after then, his late to also asked if I was willing to be a Muslim...

To cut it short... Nothing worked after then, we found fault with each other, quarreled and blamed each other. But the truth is we were rely in love.

We decided to end it.
We ended it six months ago only for Quadri to call me last month to tell me he would like for us to see. I love him.
I did not say no. To my greatest surprise and shock, he gave me a special invite to his wedding ceremony.

I opened the card with a shaking hand and saw that Quadri was marrying one Ruth!  Another Christian...
"Quadri, Ruth?"
I asked and he smiled as he told me her parents had no problem with their marriage.

I was sad. I have not even started dating since we broke up and here he was getting married.
I still love him.

He has called me everyday since then, reminding me to come to his wedding.
I would make his day complete...

I have never attended an ex' wedding. Would it be advisable to go?  Considering that I'm still madly in love with Quadri.

- February 26, 2017
Email ThisBlogThis!Share to TwitterShare to FacebookShare to Pinterest

To watch the love of your life declare eternal love to someone else in your presence can give everlasting torture. Especially if you nevrer meet someone special enough to take his place. To plaster fake smile on your face when you bump into other friends at the party is sad. Abeg!send him a text only. Calling himself fit damage you. Send him a text,congratulate him and turn ur phone off. Find a place to go. Visit a friend or so. Let the day slip by. Its good for you. Your John ,Williams or Peter will find you soon. Be happy girl.