President Buhari Might Not Be Returning Anytime Soon, See His Letter To The Senate! 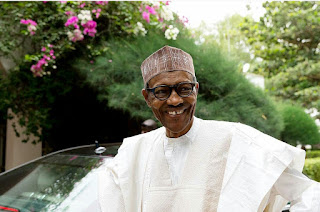 President Buhari might not be returning to Nigeria or to resume his position as the president of the country on Sunday as expected it anytime soon for that matter.


The President who left the country over two weeks ago on a ten days leave and health check up is being expected back in the country tomorrow February 12 by the citizens of his country, but according to a letter recently acquired by Premium Times, written by the president to the Senate, the feasibility of his arrival is Slim.
In the letter, the President informs the Senate President that he would only return to the country when his Doctors approve and gives him the go ahead.  In other words, president Buhari remains in London indefinitely until his Doctors say otherwise.
This also indicates that the president is not fit to travel and his health is shaky although the details of his health status are unknown.
He states that the Vice president remains in control until his arrival.

- February 11, 2017
Email ThisBlogThis!Share to TwitterShare to FacebookShare to Pinterest