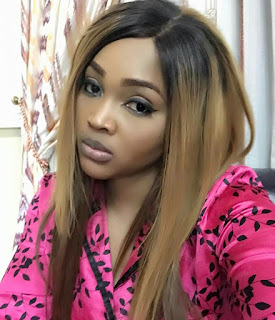 An Instagram user has expressed himself in a post shared by Kemi Olunloyo which listed actress Mercy Aigbe Gentry an one of the virtuous women in Nollywood alongside Funke Adesiyan and Toyin Abraham.


Olunloyo had listed the women as the few who are not into prostitution under the cover of acting and implores ladies to follow their footsteps.
Only for this Instagram user to comment that although he can not say about the others mentioned, but Mercy Aigbe is a no no and should not be counted as role model for young women.
Emphasizing his point, the commented states that he knows Mercy well and knows that she should not be on that list. "They are all the same" he wrote.
Not alone in this, another user, dropped a comment with silent words... This user wrote Mercy's name and added the hysterical laughter emoji.
What does this mean? Mercy's steps can't be followed?
Each man to his own!

La'bos
- February 28, 2017
Email ThisBlogThis!Share to TwitterShare to FacebookShare to Pinterest