Tonto Dikeh Finally Reveals That She Has Severed Ties With Her Husband... 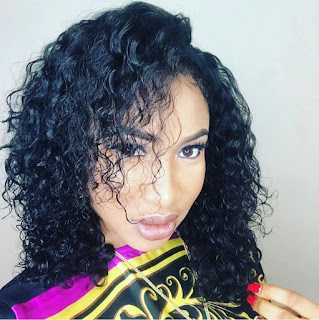 Thrown from marital bliss into marital crisis in less than two years of taking the Churchill name, embattled nollywood sweetheart Tonto Dikeh has revealed that she has severed ties with her husband.


The actress in a response to a fan's open letter revealed and confirmed what had only been speculations and rumours in the past one month.
First she revealed that she has severed ties with her husband to help herself emotionally.
She further revealed that since she blocked her husband from contacting her via the phone, Oladunni Churchill had made no efforts to reach his son, their only son.
According to her,  it he wanted to be in touch with his son, he would have gone through his nanny and her assistance.
Sadly, Tonto Dikeh and Her husband seem to be making no effort to mend the broken fence, adding to the data of broken celebrity marriages in Nigeria.
- February 14, 2017
Email ThisBlogThis!Share to TwitterShare to FacebookShare to Pinterest