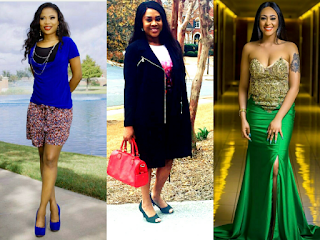 An angry fan has called out Seyi Edun and Stella Damasus while making comments on the Roseline Muerer and Tonto Dikeh story, in a quite angry comment, the Instagram user used a stone to kill three birds.

According to this internet user, the three actresses have caused other women to cry and thrown them into a state of heartbreak and sorrow by snatching their husbands.
In her comment, the user accused Stella Damasus of snatching someone's husband and making that woman a single mother. It we are right, the commenter is definitely referring to actress Doris Simeon Ademinokan who was once married to Daniel Ademinokan the present husband of Stella.
In the same breath, Seyi Edun was lashed and called a husband snatcher, Note that Seyi is Now involved with Adeniyi Johnson the ex husband of Toyin Abraham.
She reiterates that all these women are husband snatchers, wrapping up the accusations with the latest case of Roseline Muerer the alleged mistress of Oladunni Churchill who broke up the marriage of the actress.
Well, her opinion, not ours and definitely the mentioned actresses would have a thing or two to say about been labelled a husband snatcher.

La'bos
- March 10, 2017
Email ThisBlogThis!Share to TwitterShare to FacebookShare to Pinterest