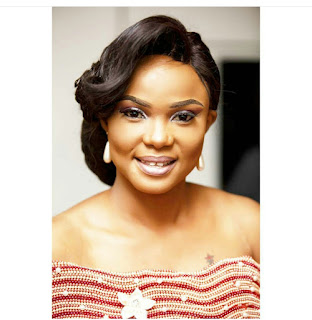 Nollywood actress Iyabo Ojo has been drawn into yet another scandal, this time involving Apostle Suleman and another lady who claims she once had threesomes with the actress and the cleric.

Iyabo Ojo who is also the President of Pinkies Foundation who had been mentioned in connection to a clandestine affair with a port Harcourt Pastor weeks ago was also mentioned in Cossy Orjiakor's narratives about actresses and their several affairs.
Although the actress has not reacted to any of the mentions, her die hard fans and colleagues have stood up for her severally denying these claims.
In an unexpected twist, another lady whose name came out as StephNayah has mentioned the actress' name in connection with Apostle Suleman claiming that Iyabo Ojo is involved with the cleric.
Note that the Apostle is still involved in an on going investigation involving Stephanie Otobo who also mentioned another actress: Daniella Okeke.
The new source pointed out that the Apostle was responsible for Iyabo Ojo's finances including the apartment she once lived in and the one she lives in now...
The Lady in question reveals that the actress is not as innocent as she let's on and she is ready to spill more if she keeps denying the allegations.
"Pastor Suleman paid for her boob jobs and her Range Rover " she revealed.
"Iyabo Ojo can do anything for money including perform a threesome with her daughter" the Lady claims.
Our fingers are crossed...

La'bos
- March 18, 2017
Email ThisBlogThis!Share to TwitterShare to FacebookShare to Pinterest

Na this thing dey tire me for showbiz. U good oo, u bad ooo, dem go tag you as ashewo.