Danielle Okeke Maintains A Deafening Silence In The Face Of Hot New Accusations! 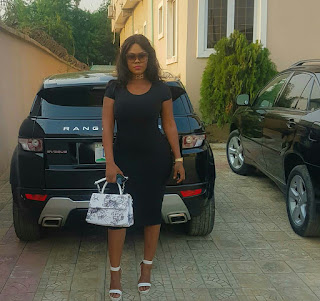 When Stephanie Otobo the alleged mistress and lover of Apostle John Suleman mentioned the name of Nollywood actress Daniella Okeke in the developing story of her affair with the revered man of God, many called her names and implied age was merely been silly and vindictive.

However, the quest for truth made some Nigerians dig deeper into the whole mess and in the process, more shocking revelations came to light concerning, the cleric and the actress.
It was found that a vehicle owned by the actress, celebrated by her on her page was actually registered in the name of the embattled cleric Apostle John Suleman according to the database.