Davido reportedly expecting baby number two with US based lover! 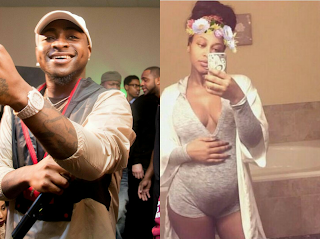 If these reports are true, then Imade Adeleke the first child of David Adeleke will be a big sister very soon.
According to the reports the Singer is expecting his second child with his Atlanta-based girlfriend Amanda and the baby is due in April or May.
This will put Davido together with the likes of Tuface who has children from three women, 9ice who has from three women and Wizkid who has from two.

The Singer who is frequently travelling to Atlanta is allegedly spending time with his 2nd Baby Mama since she ended her 2nd trimester.

Davido and his management have not responded to these rumours but if we recall correctly, Davido blatantly denied getting a girl pregnant when the news of Sophie Momodu's pregnancy surfaced online, until the pictures from the baby shower fished him out.

As we speak Davido is still in Atlanta where his father was celebrated on Monday for his 60th birthday.
Amanda who is a student of Georgia State University will be 25 in September according to reports.

Believe it or not, Sophie Momodu's heart has just been broken all over again... If these reports are true.
La'bos

- March 09, 2017
Email ThisBlogThis!Share to TwitterShare to FacebookShare to Pinterest

Sophie's heart broken bawo? They r not dating,not engaged . Who says she doesnt have her own man as we speak?