Davido's Open Declaration of Love For Sophia Momodu Is Everything We Ever Asked For... 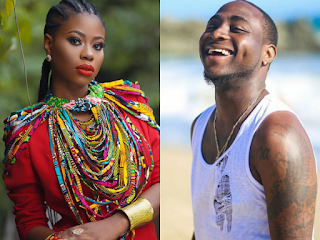 Just last year, these two individuals Davido and Sophia Momodu almost killed themselves in anger and severe bitterness. Hatred oozed out of their pores and they fought tooth and nail over their daughter Imade who was barely six months old then.


The huge fracas became a political and extended war when two popular figures in person of Chief Adeleke (Davido's dad) and Chief Dele Momodu (Sophie's Uncle) almost had a clash.
Ever since, it's been a mild indifference or looking at it now, a pretence of indifference from both mummy Imade and daddy Imade. 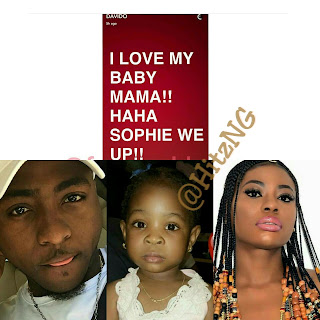 When yours truly reported that Sophia would be heartbroken with the news of a new baby mama for Davido, many thought it was far fetched saying there was no love between them and Sophia would have moved on.
Now we know better, that not only were they once strongly attracted to each other, they also have a child together whom they both would kill for.
There is no bond stronger than this!
Now that it's out in the open for all to see and hear, we can assure well know these assumptions well.
Davido and Sophia might be back in each others arms, and the declaration might be his way of apologizing for the upcoming baby mama.
We should also lock it somewhere in our minds that Imade might not end up being the only offspring of these two lovers... Where there is love, anything is possible.
Who can guess what goes on in Sophia's stomach right now? A clash of butterflies...
And in Amanda's...? Can't say!
Cheers to all Baby mamas who still got their baby daddies hearts!
La'bos
- March 14, 2017
Email ThisBlogThis!Share to TwitterShare to FacebookShare to Pinterest

Labos,dont conclude oo. Anything can shele.

One needs to be very careful when angry. Who ever foresee this pair declaring love after their brutal war?