How The Wedding Party Grossed About 500Million in Less Than Two Months. [A Review ] 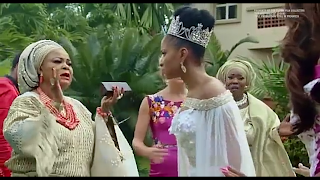 The Movie
The Wedding Party: Dozie (Bankole Wellington) and Dunni (Adesua Etomi) are getting married. They obviously love each other so much and despite their different cultural backgrounds, they have one thing in common: wealthy parents.

La'bos
- March 07, 2017
Email ThisBlogThis!Share to TwitterShare to FacebookShare to Pinterest