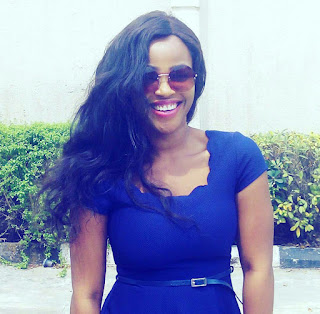 Days after the husband snatching allegations against nollywood actress Bidemi Kosoko dropped and spread like wild fire, movie producer Bose Alao Omotoyosi has deleted the implicating messages from her wall after much persuasion from her colleagues.


The actress had shared Direct messages sent directly to her from a concerned follower who swore that her footballer husband was sleeping with Bidemi daughter of veteran actor Jide Kosoko.
Moments after sharing the messages on her wall, her colleagues pleaded with her to pull down the posts as they were too implicating and serious.
Actress Bidemi reacted to the scandal and accusations with a simple statement that she doesn't do "shits"
Bose Alao has however cleared the air about her relationship with Bidemi Kosoko, according to her, the posts were not to shame Bidemi but to shame the sender, she insists that Bidemi is like a sister to her.
She also deleted the posts from her wall.
La'bos
- March 23, 2017
Email ThisBlogThis!Share to TwitterShare to FacebookShare to Pinterest