"I know I will only live once, I have chosen to live happy" - Iyabo Ojo finally speaks. 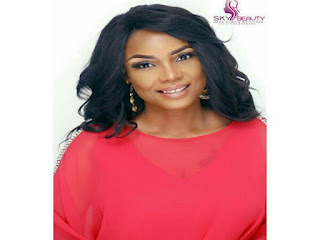 Nollywood actress Iyabo Ojo has finally reacted to the flying rumours and reports of her affair with men of God.
The actress has been linked to not one but two clerics namely Pastor David Ibiyemie of Port Harcourt and Apostle Johnson Suleman.
Iyabo has been fingered alongside several other actresses as mistress of the clerics.
The mother of two has remained silent for days but finally decided to give her fans and followers her side of the Story.
According to Iyabo, she really owes no one any explanation for she has a God who has her back.
She stated categorically that she has only one life to live and she has made a decision to live a happy one. To do what makes her happy and gives her joy regardless of what haters think.

The actress neither confirmed or debunked the rumours but emphasized greatly in happiness and how much it matters to her.
"No one or situation will take my happiness away from me" she said.
La'bos
- March 22, 2017
Email ThisBlogThis!Share to TwitterShare to FacebookShare to Pinterest